There’s a reason so many travellers are donning their ski jackets and bearing the icy cold. Tourists are drawn to Iceland because of its breathtaking natural beauty.

The landscape is nothing short of mystical. The scenery promises an endless series of snow-covered volcanoes, mountains and ice fields with a rugged, terrain, the Nordic icy views are like nothing you’ll see in the rest of the world!

Iceland is a true wonder of nature and is an island wilderness located on the geological border between North-America and Europe, which is in a state of constant dynamic change and energy.

Three of the world’s top ten waterfalls can be found in this land of fire and ice, and some of its most powerful volcanoes, as well as some of the world’s greatest glaciers, lava fields, and most unique formations.

Until recently, both “kosher” and “luxury” in this land of the wild outdoors, were unknown concepts. However, our famous “Gourmet Kosher Safaris” brand has finally crossed the equator and headed North, almost non-stop, and the fusion of luxury hotels, gourmet kosher cuisine, and Five-Star service is now available in one of the world’s fastest growing tourism hot-spots.

Iceland is known as the “Land of Ice and Fire” because of the numerous glaciers and volcanoes that are scattered around the island – this is most definitely an exclusive Tour you will be talking about for years to come!

Traveling – it leaves you speechless, then turns you into a storyteller.” – Ibn Battuta

Day 1 | The City of Reykjavik 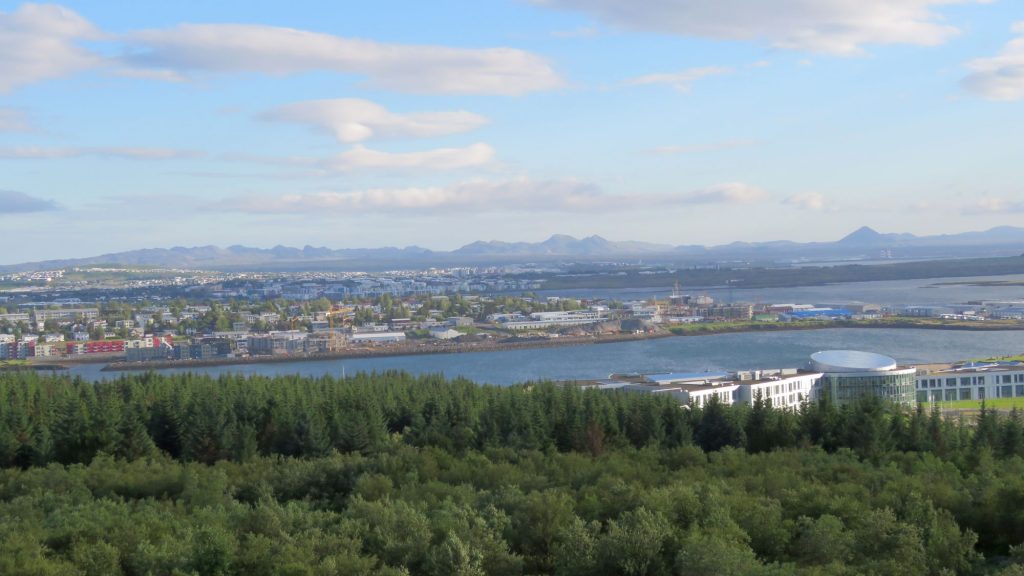 We arrive in the charming city of Reykjavik, the world’s northernmost capital city, settle into our luxury hotel, and time permitting, visit some of its top attractions and museums.

Today, we travel to the village of Husafell, on the edge of the massive Langjokull Glacier. An adapted army-truck takes us right onto this huge expanse of ice, on a journey on top of the glacier itself.

We then disembark at the edge of an incredible feet of engineering – a labyrinth of tunnels and caves dug into the glacier itself, where we fit our shoes with crampons and walk through the ice , admiring the incredible formations and blue-ice of the world under the glacier.

The adventurous can try snowmobiling on the glacier. (extra cost- to be pre booked)

En route back, we visit the Lava-Falls, an incredibly unique waterfall, which rather than flowing from a river, seems to appear from nowhere through cracks in the lava field. 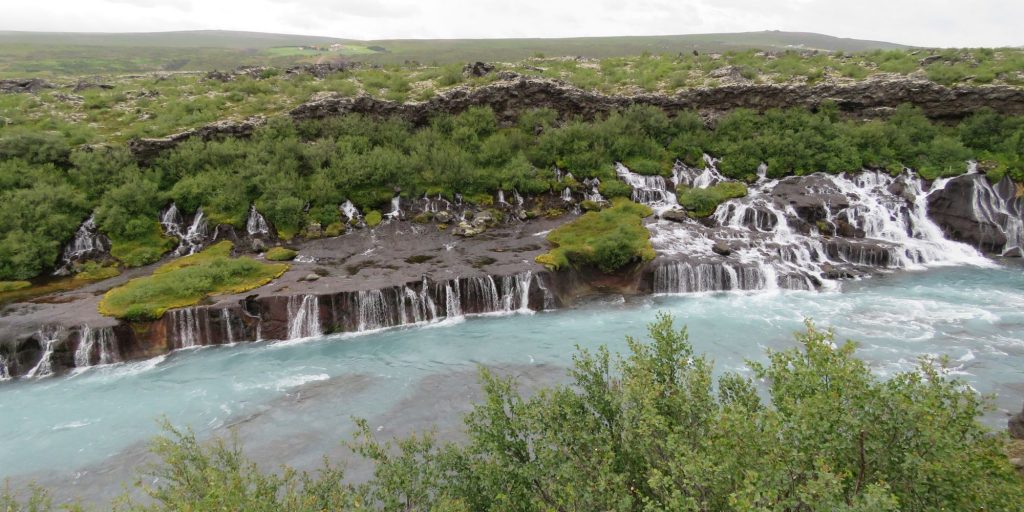 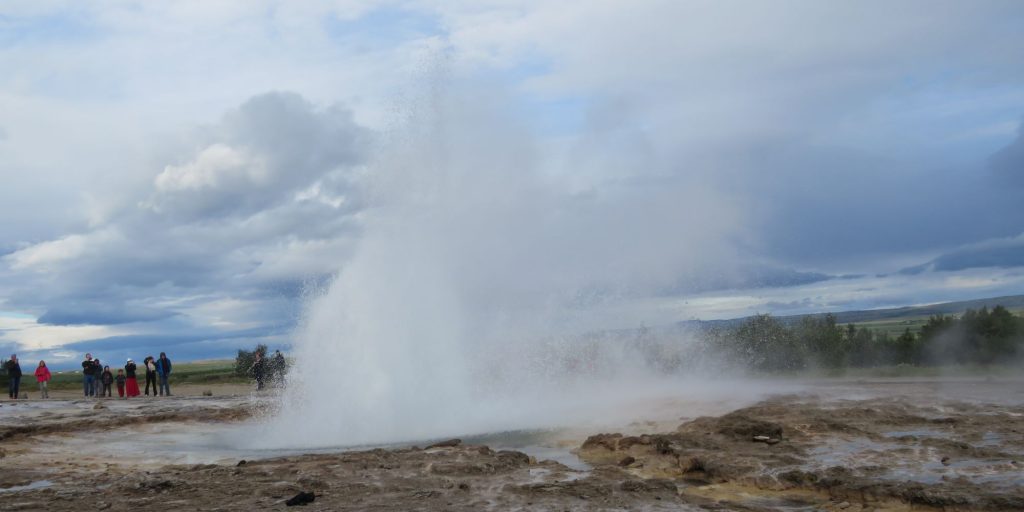 The Golden Circle is one of Iceland’s most popular circular drives from Reykjavik, and for good reason. Here, we visit Thingvellir National Park, where we view the actual rift between the North-American and Eurasian plates that is slowly tearing Iceland apart.

At Geysir, we view one of the world’s highest and most active geysers, that erupts literally every few minutes with to thunderous roars. 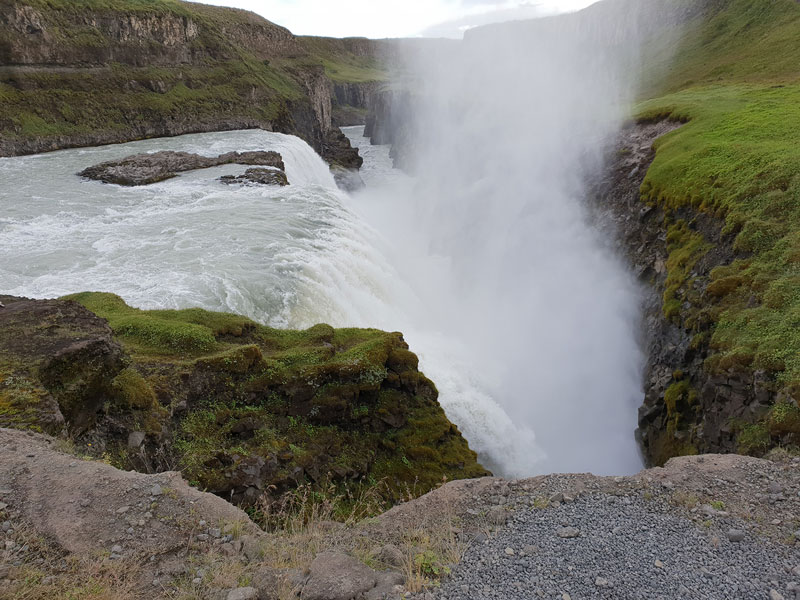 Though small in size compared to Iguazu, Victoria falls, and Niagara, the Gullfoss Falls certainly more than rival them in beauty and majesty, and make a fitting climax to this incredible day. 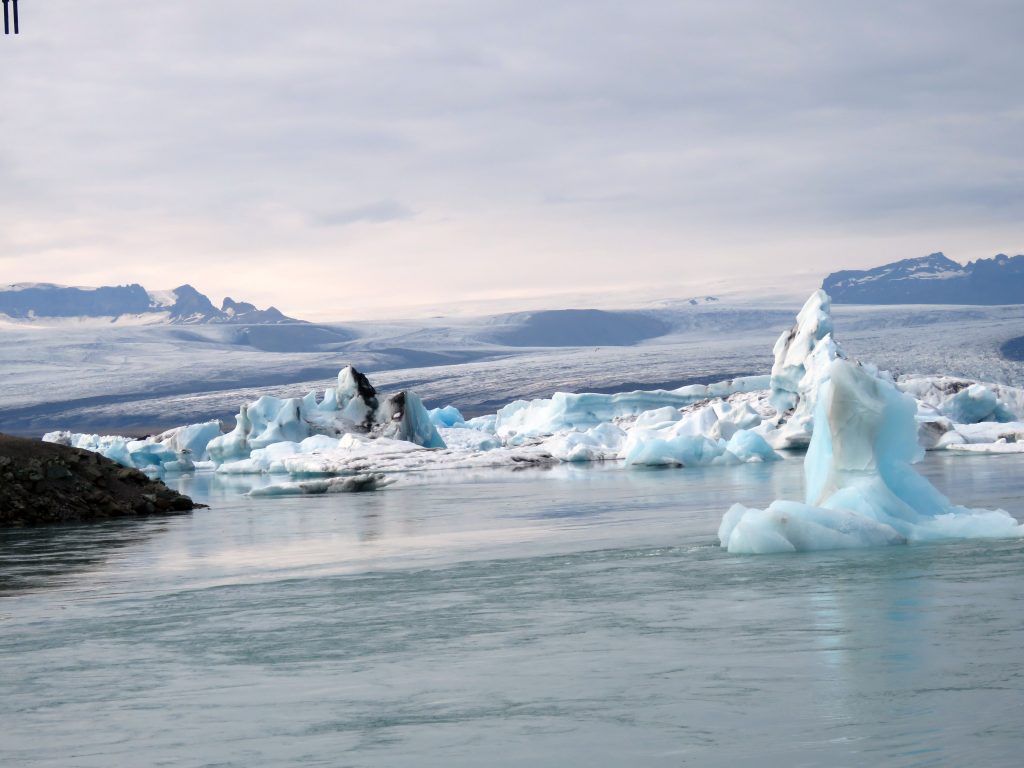 With some incredible waterfalls, black-sand beaches, volcanoes, and glaciers, the drive in itself is an incredible treat, but little can prepare one for the site of arguably Iceland’s greatest natural wonder, the Glacier Lagoon. 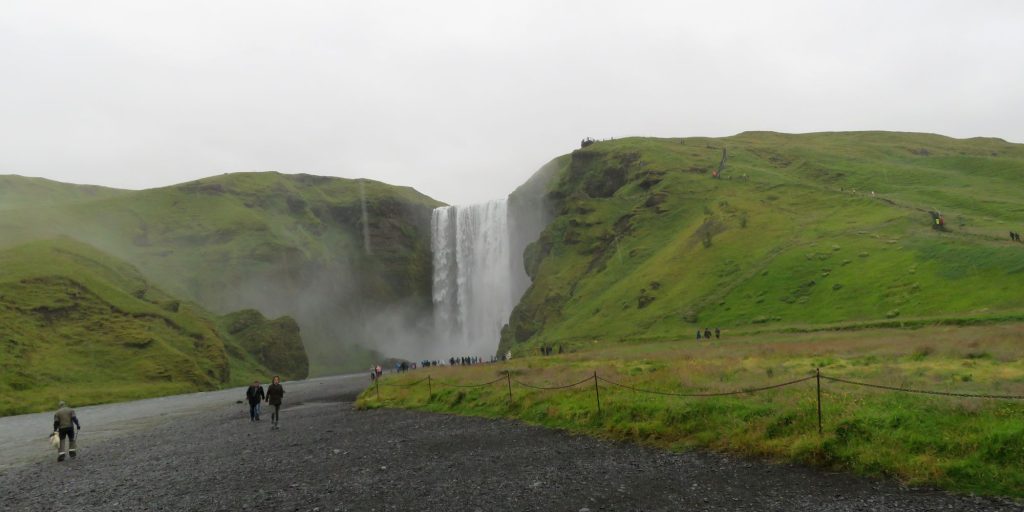 Here, melted ice from the massive Vatnajokull Glacier forms a surreal lagoon of floating icebergs and frolicking seals, which leads into the ocean at the incredible Diamond Beach, where ice-crystals can be seen surfing the waves! 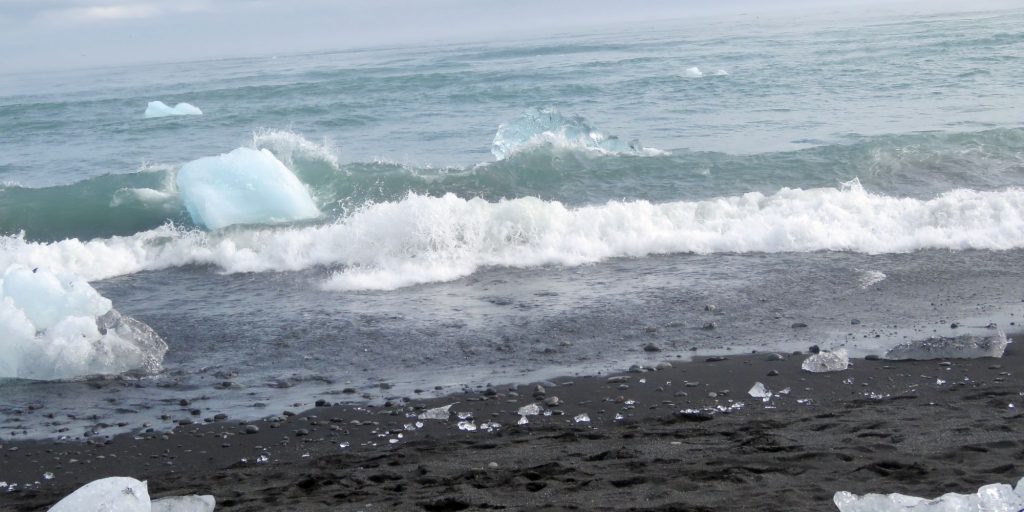 Today is a free day for the adventure of your choice (own cost)  – Hike across lava fields and take the lift “Into the Volcano”, explore Lava fields, take a boat tour in search of puffins, or relax at the famous Blue Lagoon Spa – or simply stay local and enjoy some shopping and local museums in Reykjavik.

Today, we enjoy a very long Shabbat in Reykjavik, visiting the newly-opened Chabad, the first ever functioning shul in Iceland.

There are plenty walks to enjoy, and the long afternoon makes for a brilliant opportunity to catch up on some very well-needed rest.

Shabbat doesn’t end here till after midnight, so the Havdalah situation will make for very interesting halachic discussion and practice! 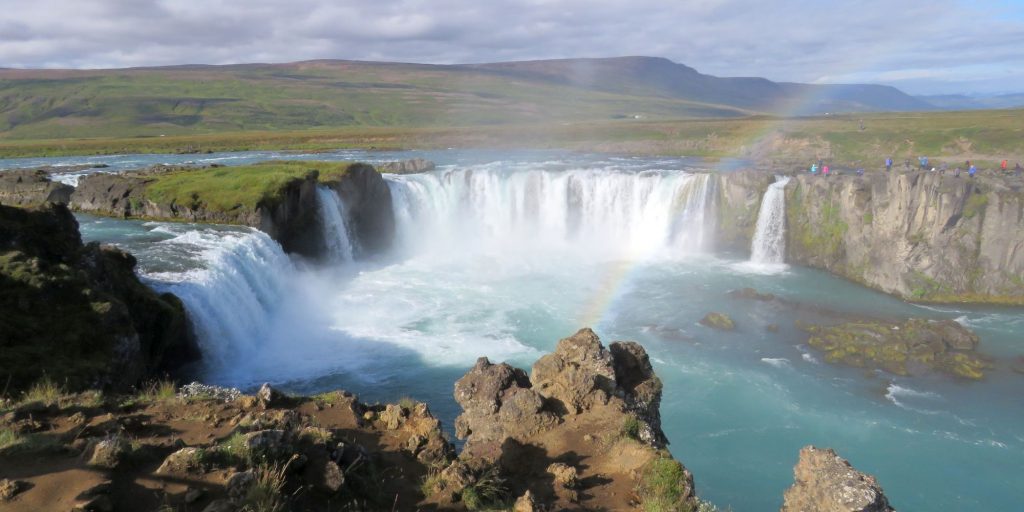 If you thought Southern Iceland is incredible, wait till you see the North.

Today, we fly to the magnificent town of Akureyri, Iceland’s second largest city, and the capital of the North. As the city is just slightly South of the Arctic Circle, it experiences an effective 24 hours of light from late May to early July! 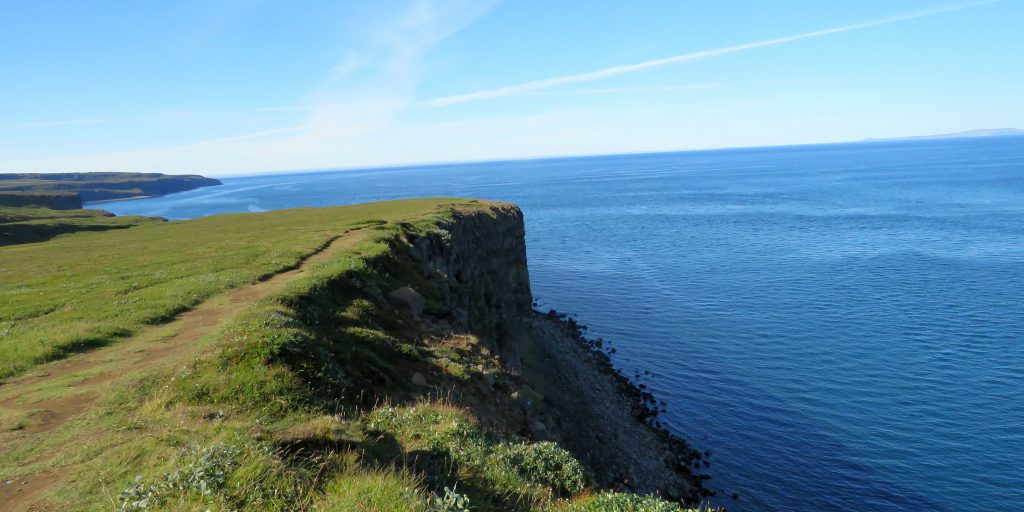 From Akureyri, we depart on the “Diamond Circle”, the North’s answer to its golden sibling in the south, and very aptly named.

From the Godafoss Waterfall, to the incredible geothermal area, the formations of Lake Myvatn, and Dettifoss Waterfall, the most powerful in Europe, this is a day filled with incredible sights and sounds In the late afternoon, we fly back to Reykjavik, where we spend the last light-filled “night” of our trip. 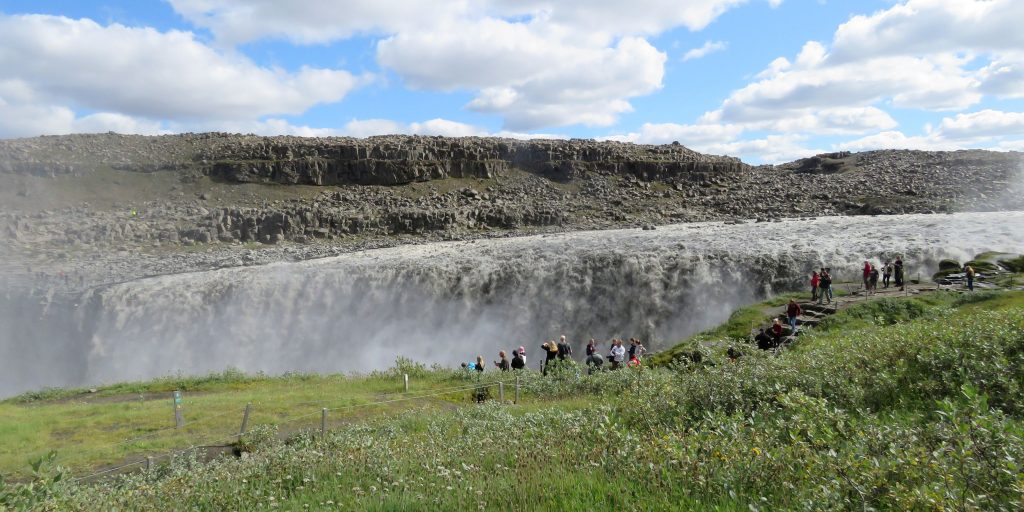 Today, we enjoy a whale-watching adventure, in some of the world’s best whale country. We also visit one of the islands in Reykjavik bay which is home to a large colony of puffins, one of the most unusual birds that this region is famous for.

Time allowing, enjoying some free time shopping or relaxing at the “Blue Lagoon” before your flight home.